The meditation center is planned to support spiritual development and mental concentration. Its twelve acres of land are filled with variety of trees and plants brought from different parts of Sri Lanka. That has ensured a high biodiversity and natural beauty. Cool, comfortable, sunny and calm environment facilities mental peace and concentration.

Sri Sumathipala Nahimi Senasun Arana is a Buddhist meditation center established for gaining spiritual development through Samatha (concentration) and Vipassana (insight) meditation.Our meditation center provides freely meditation instructions, food and lodging for local and foreign meditators. The center is run with the help of donations given by meditator and generous donors.

This meditation center was established by Venerable Gampaha Pemasiri Thera in the year 2001. Local and foreign devotees helped to startup the center. There were many who helped, among them Mr. Hiroko son from Japan and Mr. Lubos from Czech Republic are prominent.

Ven.Gampaha Pemasiri Thera is the living Sri Lankan successor of the great Mahasi Sayadow. In the year 1956 the most venerable Mahasi Sayadow visited Sri Lanka in order to celebrate 2500 years of Buddhist’s dispensation. During the visit he started to teach Vipassana meditation on the land where now Sumathipala Nahimi Senasun Arana situated.

Starting from 1956 venerable Mahasi Sayadow taught meditation on this land as well as U Sujatha(also from Myanmar). Because of that this land is considered to be blessed by those great meditation masters. After few years of teaching meditation here the meditation center was moved to another end of the land. After that point it was named as Siyana international Vipassana meditation center Kanduboda.

Venerable Kahatapitiye Sumathipala Maha Thera continued to teach Mahasi Sayadow’s meditation tradition there. The original piece of land remained as a coconut estate until the year 2000. Then the land owners decided to develop the coconut plantation in to a housing scheme. At that point the local and foreign supporters of Ven.Gampaha Pemasiri Thera organized them selves and offered the land to Ven.Pemasiri Thera to build up Sumathipala Nahimi Senasun Arana. 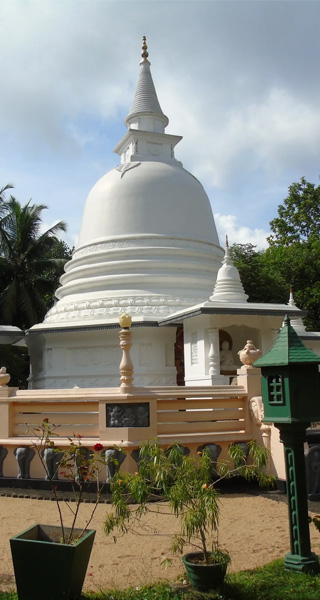